How To Choose The Best Ceiling Fan

Choosing the best ceiling fan depends on many factors, including the room size, ceiling height, the type of room, and your design preference. Here are some basic guidelines for choosing the best fan for your space.

A ceiling fan uses a simple concept: move air to create a breeze to give a cooling sensation for people in the area. A fan spinning in an empty room is a waste of energy, so fans should only be turned on when there are people in the room to enjoy the breeze.

For maximum efficiency, choose a fan to fit your room size.

As the ceiling height increases, you will need a longer downrod. Generally, the fan blades should be 8′ to 11′ off the floor, with a minimum of 7′ for safety.

A fan’s motor and blades function to make the fan quiet and efficient. The motor is responsible for producing a quiet operation while driving the blades for air movement. A ceiling fan can have anywhere from 1 to 20 blades, but more blades don’t necessarily make it more effective. The amount of air moved is determined by the speed and effectiveness of the motor, in addition to the number of blades and their pitch.

Most residential fans have 4 or 5 blades, which will move the air efficiently, while creating good circulation and minimal noise. Longer blades will create a softer airflow, while shorter blades direct air in a smaller space.

Choosing a blade material and finish depends partly on the location of the fan, and on your personal preference. Wood or bamboo blades are an attractive option, but you may find metal or plastic composite blades easier to clean. Fans come in a nearly endless range of designs, from sleek contemporary metal to “Natural” styles or traditional Panama style fans.

The room where you are installing the fan will also determine the type of motor and blades. There are three options:

Many of today’s ceiling fans come with integrated LED lights, which give the fan a sleek, streamlined look. If you choose a fan motor with no light, you may add a light kit (purchased separately).

Amperage: The electricity needed to run the fan is measured in AMPs. The fan installs directly into a bracket or a new ceiling box, and wires into the power going to or from a wall switch.

Blades: The blades circulate the air to create a cooling breeze. Some blades are included in the motor purchase; some are not.

Blade Pitch: The angle of a single blade determines how effective the fan is at moving air. Blade pitch is measured in degrees.

Cubic Feet Per Minute: The total volume of airflow the fan produces at top speed is measured in CFM. This number is determined by the fan’s motor, the blade size, and the blade pitch. A higher CFM fan will have more air movement. Remember that you could have a fan that moves a lot of air (with a high CFM) but does so at a high wattage. So, the fan may not be considered efficient. Look for fans that operate at a high CFM and low power usage.

DC motors: These are a relatively new addition to ceiling fan designs. DC motors generate additional torque while consuming less than 70% of the power of a typical ceiling fan. They do this by transforming electric energy into mechanical energy as they rotate. DC motor fans have a slightly higher upfront cost than regular ceiling fans since they need a more expensive electronic speed controller. However, their benefits more than make up for it. These benefits include:

Don’t worry if this all still seems confusing. Just call or stop by to talk to our ceiling fan experts. They have years of experience helping homeowners choose the perfect fan for any room, and look forward to giving you the benefit of their advice. 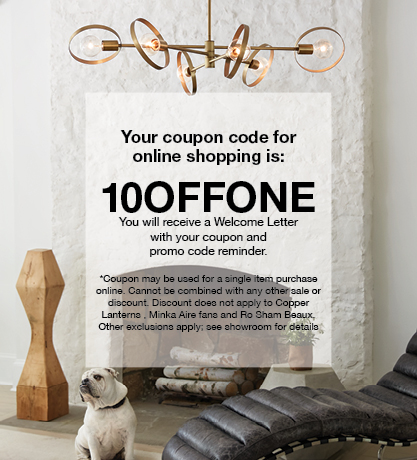